Are you considering buying a house, which is crying out for a makeover? Then I suggest you follow the ups and downs of living in a renovation project with me. In the first of our renovation series, I reveal the first steps my family and I took in order to renovate a house on a budget… 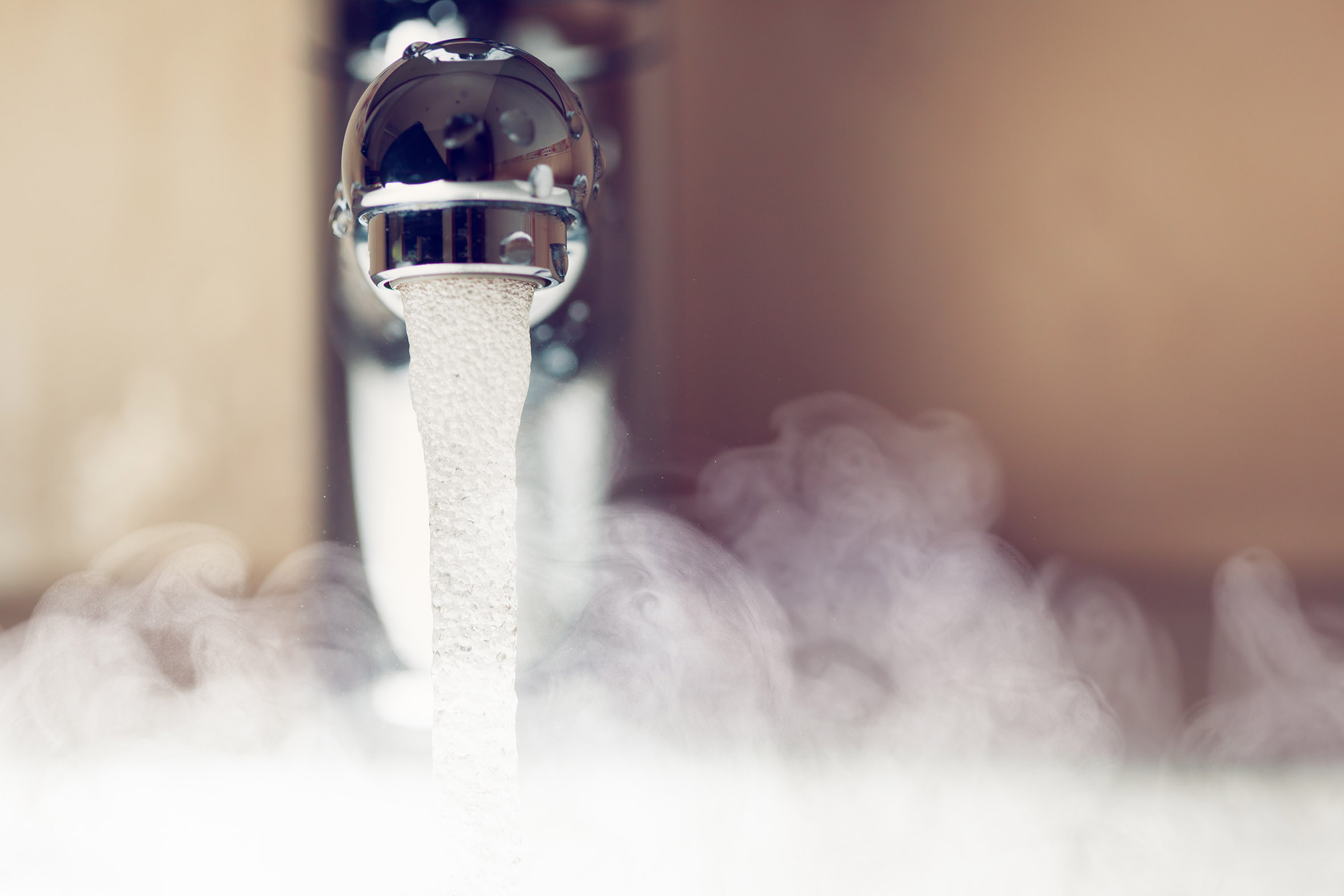 It was September last year when the husband and I moved into a tired property in Suffolk. This 1908 Edwardian semi was covered in 80s-style wallpaper however many of the original features were still intact. Luckily, we did have central heating and hot water, so we knew we were probably in a better position than most. Basically, we had a vision. We could see that, with some TLC and a healthy budget(!), we could make this house a home.

So it was with the idea to renovate a house in mind, that we set out on our quest to live in what will, one day, be a beautiful home. One day. Of course, my background as an interiors and lifestyle journalist has helped us to make informed decisions, especially when it comes to choosing brands and products. But what made us pick this house you may ask? Well, for us, location and facilities (near family, restaurants, cafes, theatre and so on) were key considerations. Ok, so we no longer have parking for four cars. In fact, this was always a perk for friends and family at our previous Art Deco home. But we could see some amazing potential in this super-long house. The garden is 100ft for starters and the house has four nice-sized bedrooms. We also wanted to live in a lovely neighbourhood, which we have found. And there’s simply nothing better than being able to work on a house to add your own personal taste. Otherwise, it’s easy to move into something ‘finished’ and never really feel happy with the decor. 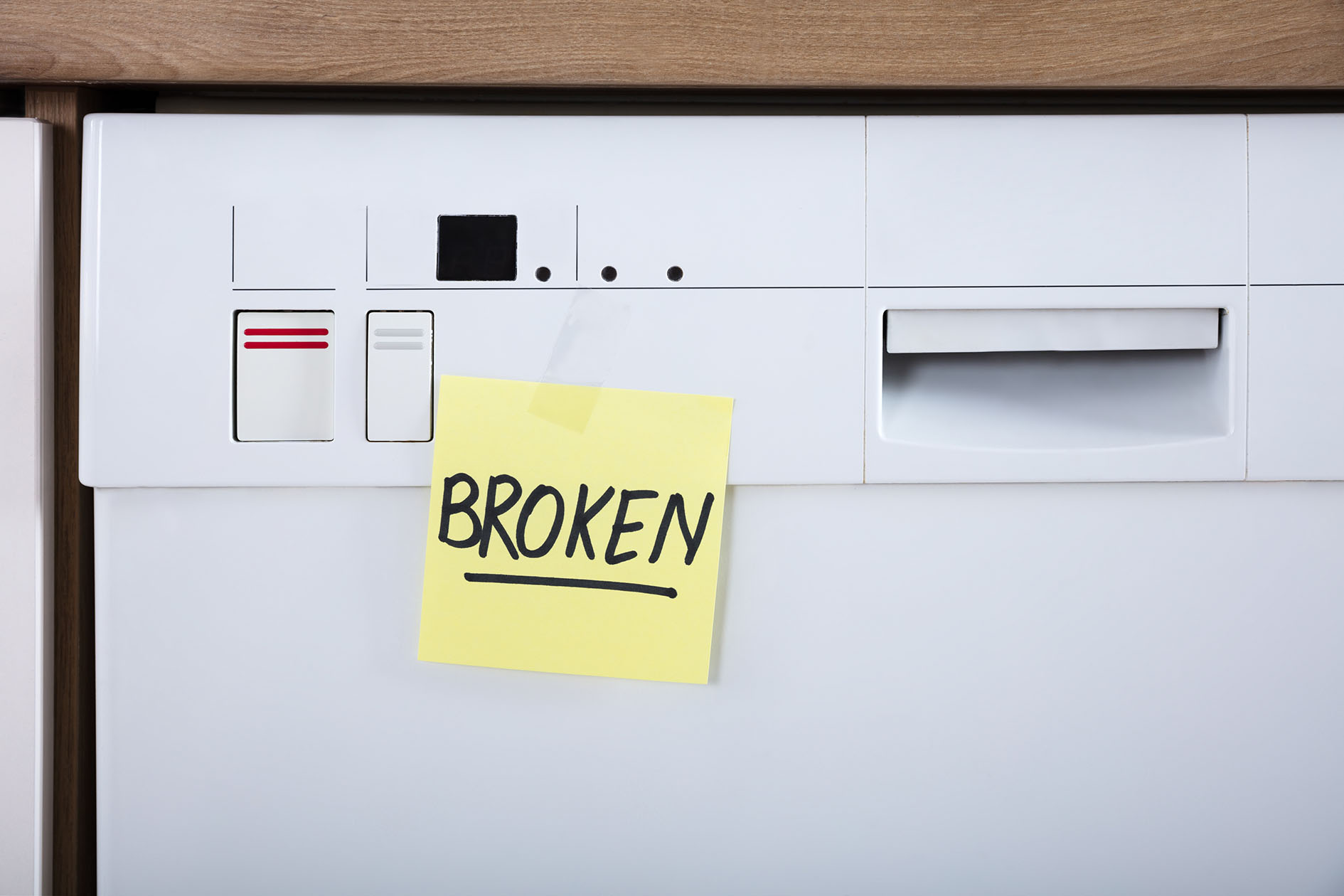 As a journalist, I must confess I have written a multitude of makeover features on how others have worked hard to renovate a house. However, nothing can really prepare you when you’re doing it yourself. The first things we had to do weren’t even on our ‘list’. The dishwasher wasn’t working, for example. Luckily, a kind neighbour helped us to dispose of it in our garden until the council could collect it. So, this was one of the first things which we hadn’t planned and just had to go. Then the Aqualisa Digital Quartz shower (a decent system by all accounts) didn’t work properly either. So a quick visit from an Aqualisa engineer and we had it up and running in a jiffy. The overgrown garden needed clearing, with items ranging from broken plant pots to rusty gate posts. So, this involved weekend trips to the tip, which we knew would be worth it in the end. 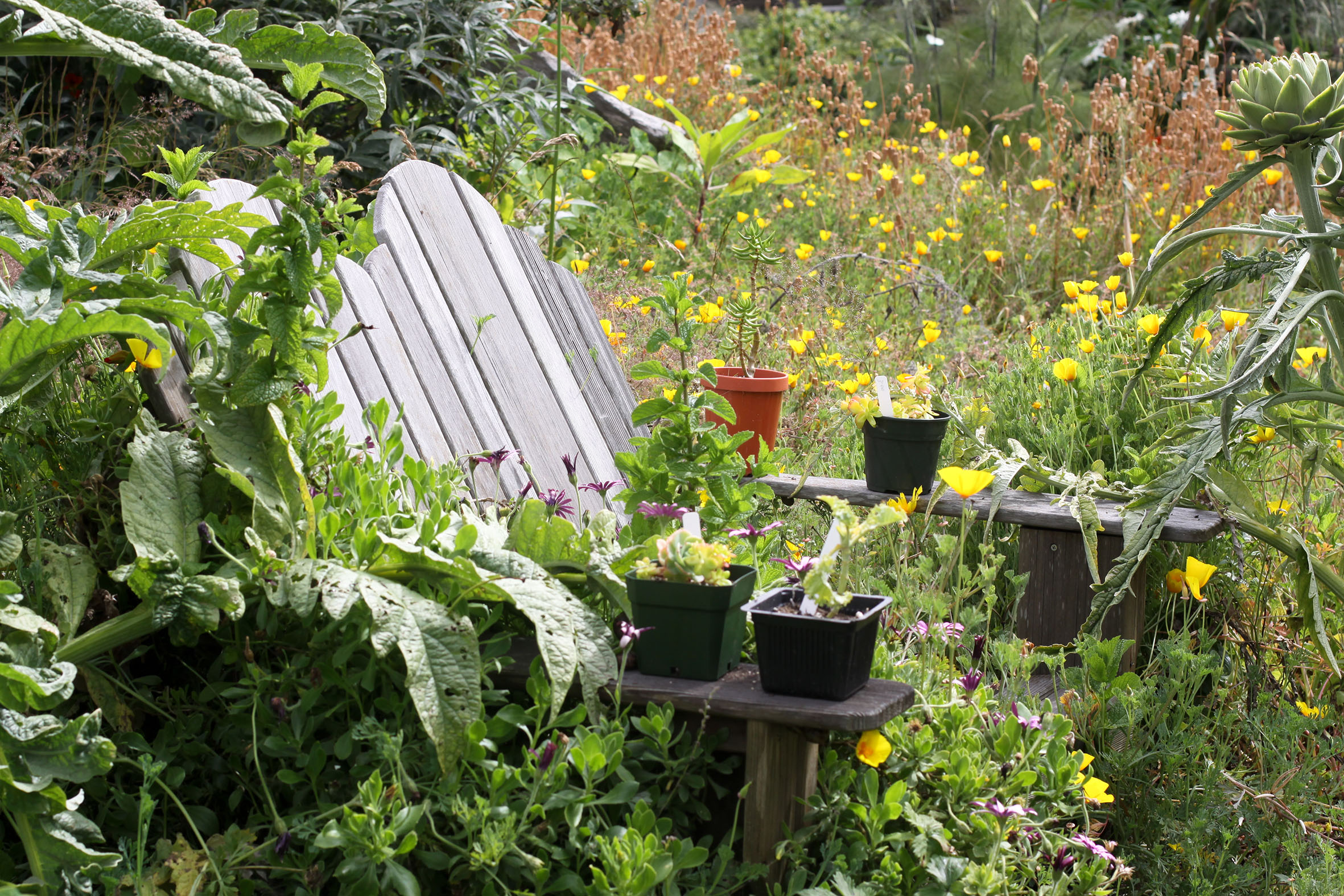 When you decide to renovate a house, there are so many little details you won’t even consider. So once we realised there was so much work to do inside our property, that’s why we felt the garden would be the best place to start. Yes, really! A rusty old washing line took a while to take apart, particularly as the base was cemented in concrete. But working on the garden was a good way in which to escape the massive task inside, from the old gas fire to the damp aroma in a lower kitchen cupboard. Firstly, over a series of ‘digs’, not archeological ones (!), we managed to uncover two patios, which had been covered in grass. Although we did find an old milk bottle dating back to the 50s buried in the lawn, which was rather a novelty. 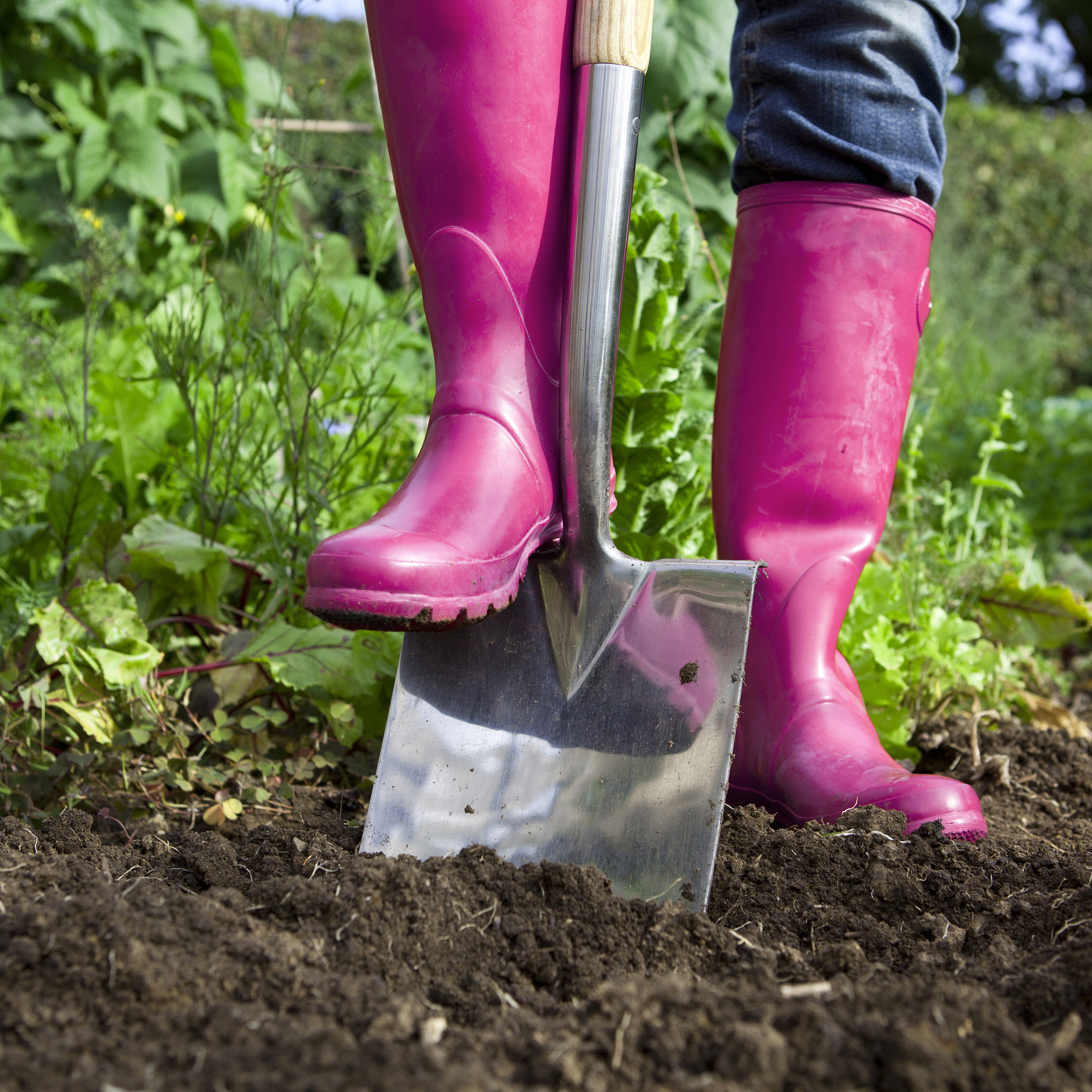 A huge batch of ground elder had also popped up to say ‘hello’ in various parts of the garden. This weed has proved to be an absolute nightmare, which has involved us putting down black matting over various parts of the garden. Every time we have seen one of these weeds rear its ugly head, we are out there chopping it off. The roots are so far down that you can try removing them. But without strong chemical weedkiller, which we refuse to use due to our love for wildlife, our gorgeous cat and any others in the neighbourhood, it could reappear. So far, so good however as we don’t appear to have seen any for a few months. Although our neighbour tells us not to worry as it will be back in huge swathes come March! 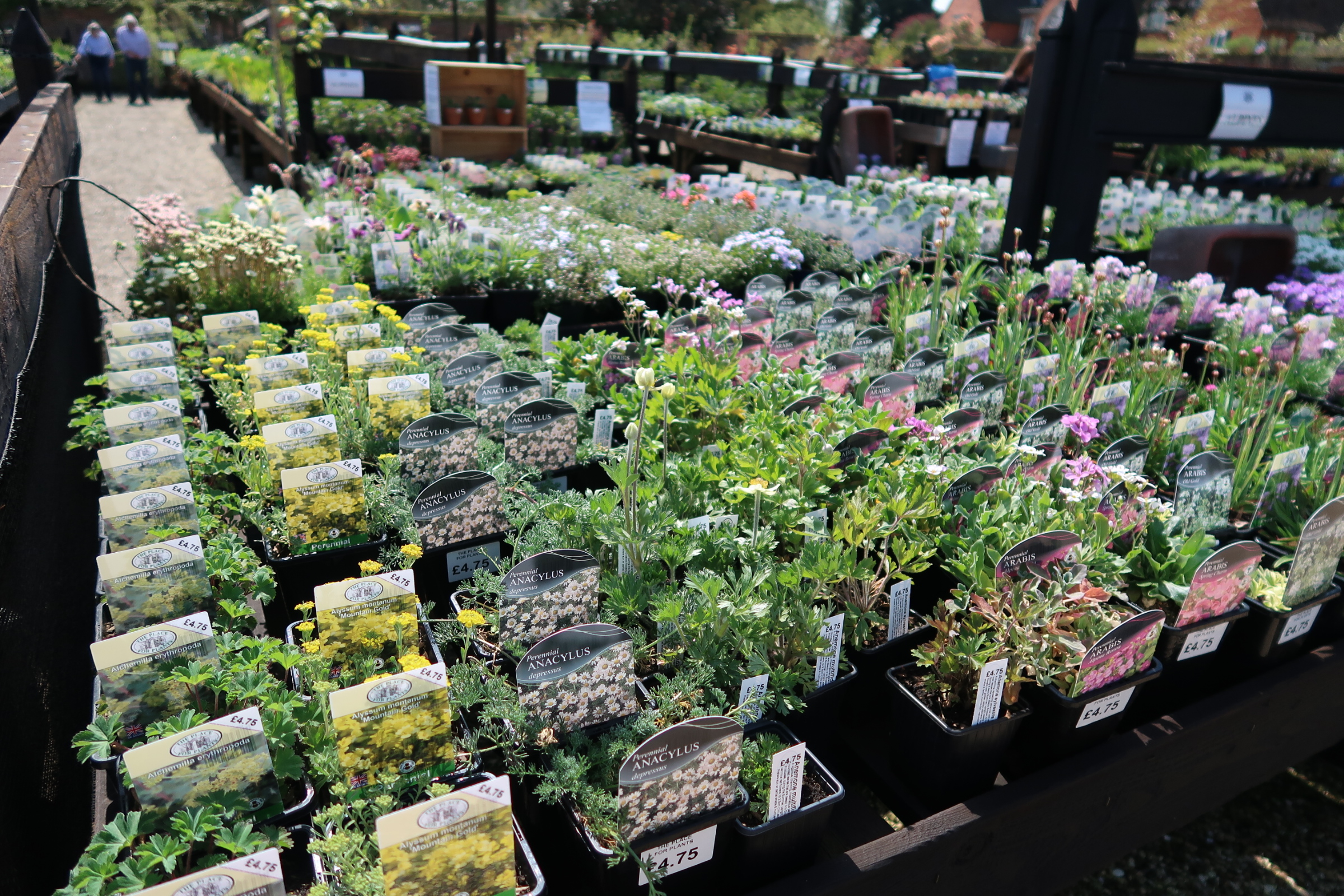 We discovered that the pond was completely covered with plants and needed clearing, too. Thankfully, this was a job for the men in my life – my hubby and visiting father. My mother and I, meanwhile, were more than happy to supervise as this work needed real elbow grease.

Once we had cleared the garden and cut the moss-filled grass (!) a few times, we knew we should at least invest in some plants. So, this involved a great number of trips to local garden centres. In fact, we came away with a whole host of beautiful shrubs and flowers, which have been thriving throughout summer. So the good news is that we can now look forward to seeing the garden in full bloom next year. It just goes to show it’s always good to ask an expert. 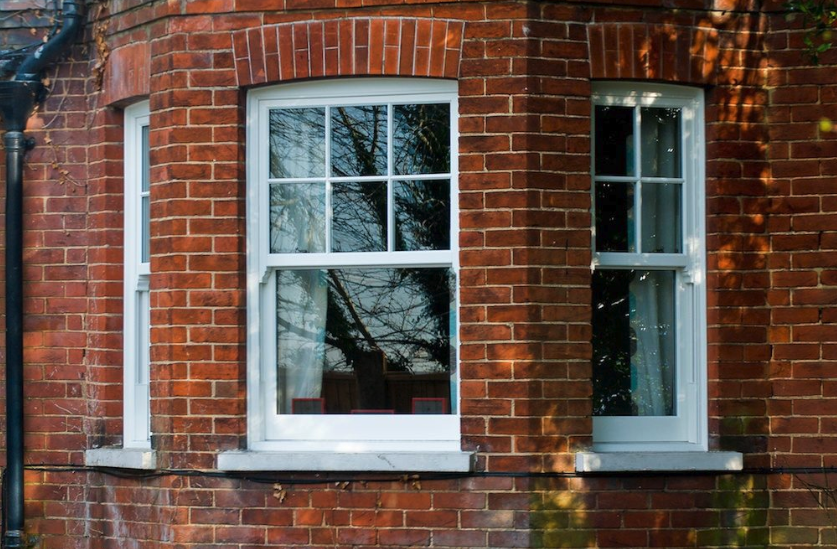 Externally, the original windows had been taken out to make way for uPVC alternatives throughout our home. You can see them clearly in the shot of the front of our house just after we’d bought it last year. Initially, we did try to clean them with uPVC cleaner. Now that wasn’t really top priority on our list of things to do in order to renovate a house. However, we soon realised that scrubbing away at this plastic would prove fruitless.

As a result, this would mean allocating some of our budget on better replacements. So, in an effort to keep costs down for the time-being, we decided to change the windows on the front of the house. Now we have Edwardian-style sash windows with that gorgeous sash horn! They look just like our neighbour’s original windows and our house feels warmer, too. We have found these have really lifted the property, despite the existing uPVC external door (check it out on the lead shot) but that’s a subject for another day…

If you plan to renovate a house and need a builder, read my blog post on How to find a good builder.

I’m Sarah Worswick, a journalist and writer who has written for leading national glossies and newspapers.

Join me on a journey, at Style & Décor, to feel inspired to enjoy your life and love your home. From the latest trends and exclusive interviews to must-buys and personal views, I think you’ll find there’s something for everyone…

No images found!
Try some other hashtag or username
Visit My Instagram Profile
Close

Any cookies that may not be particularly necessary for the website to function and is used specifically to collect user personal data via analytics, ads, other embedded contents are termed as non-necessary cookies. It is mandatory to procure user consent prior to running these cookies on your website.